Request a Takeoff or Estimate Report

AACE - The Association for the Advancement of Cost Estimation. A professional certification organization for the construction estimating industry.

Autodesk - A computer program used for designing in 2D and 3D.

Bid Bond - A written guaranty by a third party secured by the bidder assuring that the work will be performed according to contract. Replaced by a performance bond by the winning bidder.

Building Information Model (BIM) - A computer model of a building in 3, 4 or 5 dimensions that can be measured by the point and click of a mouse and modified according to changes in plans. This model may be shared with all interested parties as changes are made.

Budget Estimate - An estimate to determine the approximate costs of a project; generally for securing funding.

Conceptual Estimate - An estimate based on the early planning stages of a project to determine the feasibility or degree of complexity of the plan.

Cost Validation - Professional affirmation that the cost of the materials and/or labor is consistent with the estimate.

Counts - The item totals that are taken off of a plan.

Design Build - A project that is designed and built by the same company.

Detail - An amplified drawing of a smaller area of a project to show the exact details.

Framing - The part of construction that consists of the skeletal structure that supports the walls floors and roof.

Performance Bond - A guaranty secured from a third party by the winning bidder that the work will be completed according to the plans and specs. Replaces the bid bond after the job is awarded.

Riser Diagram - A depiction of a system such as electrical or plumbing that travels up from one floor to another.

Schedule - The list of required materials for each page of a design or plan.

Specification (spec) - The inclusion of a particular product into a construction plan by an architect, engineer or designer.

Takeoff - The counting, measuring and all other means used to determine the complete bill of materials required for a project or portion of a project.

Value Engineering - A suggested alternative to save money on a construction project. 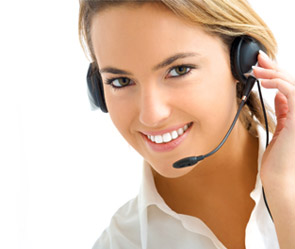